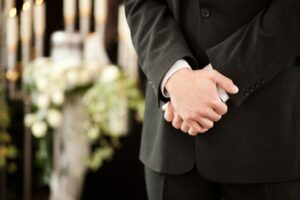 An issue has come up in my practice recently involving a spouse’s election against her husband’s will. I prepared the will, which named his three children by previous marriage and second wife as co-equal beneficiaries. In addition, the will permitted the second wife to remain in the marital home that was titled in his name for six months cost-free provided his wife did not elect against the will, which was her legal right since Pennsylvania law permits a spouse to elect against a will and receive 1/3 of his or her deceased spouse’s estate when his or her will leaves less than 1/3 to the spouse.

The will named one of the testator’s children as Executrix of his Estate. After the testator died, the Estate was opened. The second wife knew all the pertinent financial information regarding the Estate, including the nature and the amount of assets and liabilities. In fact, she provided this information to the Executrix to help her in administering the Estate. The wife lived in the marital home for six months and then moved out. She also elected against her husband’s will so that she could receive a 1/3 versus 1/4 share of his estate.

Once an election against a will is made, however, it places in the testator’s estate all non-probate property received by the spouse, including beneficiary designated accounts and life insurance, jointly held accounts and gifts made by the testator to the spouse during his or her lifetime. For accounting and distribution purposes, these non-probate assets are counted against the 1/3 amount the electing spouse is to receive. For example, if a spouse is to receive $25,000 as a 1/4 share of a $100,000 probate estate, but has received non-probate assets totaling $50,000 then his or her 1/3 share under the election would mean he or she would receive nothing since he or she has already received $50,000, or 1/3 of the reconstituted estate  valued at $150,000. The election results in the electing spouse under these facts making a $25,000 mistake.

Accordingly, be very careful if you find yourself in this situation. Do not under any circumstances elect against your spouse’s will unless and until you are fully advised by a competent attorney about the consequences about making the election.

For more information regarding this area of very complicated probate law, please feel free to contact me, Attorney Steven R. Blair, at (717) 390-2030. I have been a Lancaster County, Pennsylvania lawyer for over 30 years.