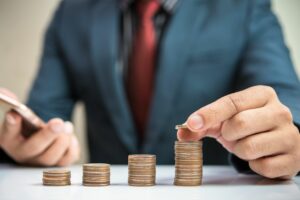 A significant part of my legal practice over the years has involved representing defrauded investors and occasionally representing financial representatives accused of wrongdoing.  I got my initial training in this area of the law in law school when I worked as a law clerk for the U.S. Securities and Exchange Commission in Washington, D.C.  Once I graduated law school, I went to work on capitol hill and subsequently worked for a federal and state agency before opening my own law office in Lancaster, Pennsylvania in 1993.

One of my first cases involved representing a widow who had been sold a worthless limited partnership interest.  This case was reported in the Harrisburg, Pennsylvania newspaper.  Several other customers of the same broker for my widow client, including a retired minister, contacted me after the reading the story and told me the same thing had happened to them.  Fortunately, I was able to secure a negotiated settlement for these folks.

Subsequently, I have had numerous other cases involving broker malfeasance and fraud.  These include fact patterns such as the sale of unregistered and unrated securities, including shares of telephone booth stock certificates, enhanced automobile receivables and 9 month promissory notes.  In addition to these especially perfidious cases, I have handled numerous cases where the broker has failed to follow the investor’s investment objectives, has sold securities in violation of the “know your customer rule” resulting in sales of securities that were completely inappropriate considering the investor’s age, financial circumstances and risk tolerances.  Other cases have involved churning, selling away and inadequately diversified portfolios.  On the defense side, I have represented financial representatives who sold phony stock certificates and insurance products such as viaticals to unsuspecting investors.

As a result of my involvement in these types of cases I can definitely opine that it is critical for every investor to be very careful with their investment activity.  Do not necessarily trust that your financial advisor has your best interests in mind and always ask tough questions if you have concerns. You should know that unless you have a managed or discretionary account there is no ongoing fiduciary obligation for the broker to protect your account after securities are initially purchased. In effect, you are responsible for your own financial health.

It is always best to do your due diligence on the front end.  Bringing a legal action on the back end can be expensive, time consuming, emotionally draining, and a satisfactory result can never be guaranteed.  More likely than not, an injured investor will have to arbitrate his claims in a hostile forum that tends to favor the broker or financial representative.

If you would like to discuss the legal pitfalls of investing, or think you have been victimized, I would be more than willing to speak with you.  Please consider contacting me, Steven R. Blair, at my Lancaster, Pennsylvania office at (717)390-2030 or by email at sblairlaw@aol.com.